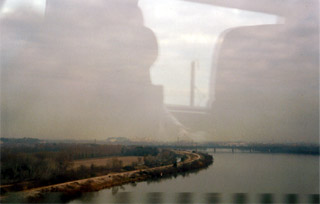 Chantale Laplante has been following a unique route with music and holds a very original place in the sphere of composition and improvisation. Her works convey an all-embracing atmosphere of intimacy, blurred memories and discreet proposals.

Her background in classical and jazz piano, as well as her past performances as a keyboard player in groups of experimental and pop music, all makes up for an unconventional artistic posture. Proceeding from these experiences she later enrolled into a cycle of studies in instrumental and electroacoustic composition, thereby unfolding new understandings and historical perspectives on music while learning skills specific to the art of composition.

After a few years spent composing commissioned works came the need to question the traditional systemic approach to composition which, subsequently, yielded to a shift of focus on the aspects of method. It is through her artistic practice combined with a careful investigation of Morton Feldman’s music that she reached a new level of awareness with her own work. She now addresses the act of composing and improvising adopting what she calls an ‘‘hyperécoute’ where the sound has become the main source of information to be transmuted with and into the artist’s sensibility, ultimately aiming at changing our perception of time into one of duration.

Chantale Laplante composes music for acoustic instruments (solo, small ensembles, orchestra) and electroacoustic music. She takes great interest in mixing these two types of music, finding here the opportunity of going further into her comprehension of sound: modus operandi, organisation and perception. She also improvises with her computer, surfing on her controller with the help of a Max-MSP environment. Recently, her research has led to performative-installation where her bell-plates and ring modulator are combined with an investigation of the ‘concert’ space, the objects to be found being enliven through various manipulations. 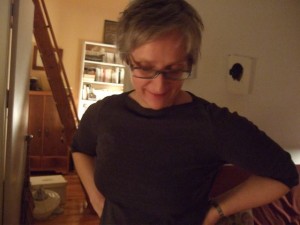 Chantale Laplante has been composer-in-residence at the Nouvel Ensemble Moderne (Montreal), the Banff Center for the Arts (Canada), the Center for Contemporary Arts in Glasgow, the Internationales Künstlerhaus Villa Concordia (Germany), the Centre d’artistes Est-Nord-Est in Saint-Jean-Port-Joli (Quebec), and in Zurich with the tuba player Leo Bachmann. Her works have been performed and premiered in North America and Europe, in festivals, concerts and recitals where she also regularly performs and gives talks. Since 2009, she is associate researcher at matralab, headed by Sandeep Bhagwati.